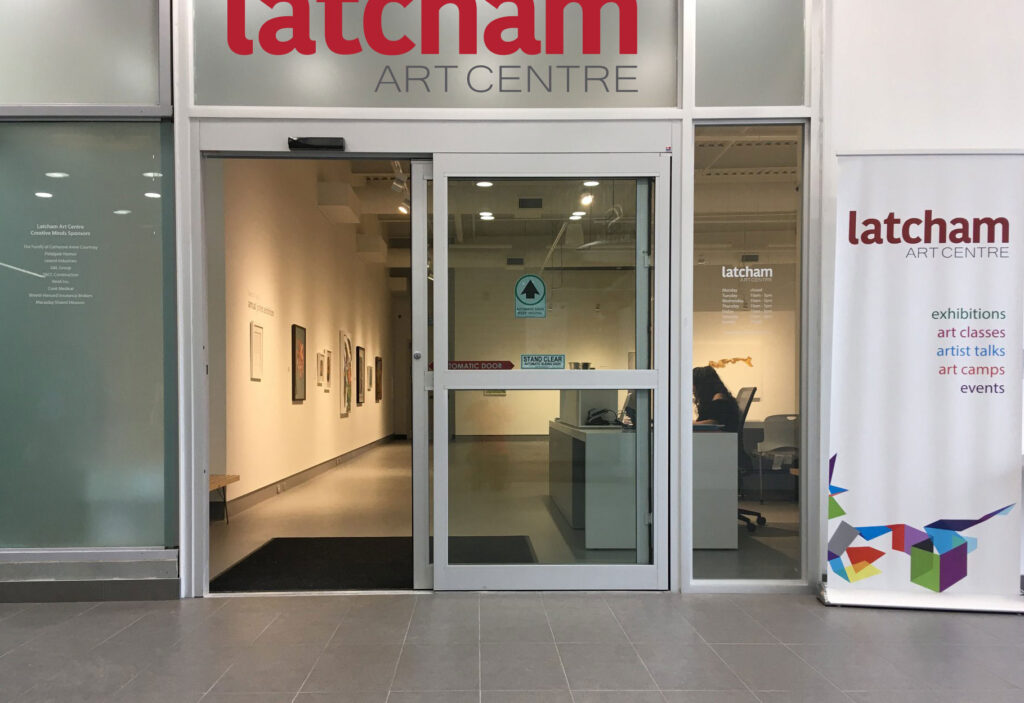 Latcham Art Centre hosts 8 curated exhibitions each year that reflect a range of artistic media and the cultural diversity of our province.

Additionally, the Art Centre annually hosts a juried exhibition, an exhibition of work by a local graduating high school art class, and an exhibition of work by art students from local elementary schools. The Art Centre supports artistic practices in the community by participating as a location in the annual Stouffville Studio Tour held in October, when local artists open their studios for the public to view their work

Latcham Art Centre (formerly The Latcham Gallery) was started in 1979 by a group of local artists and visionaries who saw the need for an arts facility in Whitchurch-Stouffville. The gallery was named after local philanthropist Arthur Latcham who donated money to a number of local buildings including the building that was to house The Latcham Gallery at 6240 Main Street. Its first director was internationally recognized sculptor Ron Baird.

In August 2018, Latcham Art Centre moved from its home of nearly 39 years to a newly built space in the Whitchurch-Stouffville Leisure Centre at 2 Park Drive. With a refreshed name and branding, Latcham Art Centre, continues to create opportunities for people to see art, talk about art and create art with the same passion, dedication and vision to grow.

The Town of Whitchurch-Stouffville acknowledges this land is the treaty territory of the Williams Nations. It is also the traditional territory of other Anishinaabeg peoples, the Huron-Wendat, and the Haudenosaunee. We also recognize the contributions of all Indigenous peoples to this place and commit to a continued dialogue and greater respect for the land we have come to share. This recognition of the contributions and historic importance of Indigenous peoples must also be clearly and overtly connected to our collective commitment to make the promise and the challenge of Truth and Reconciliation real in our community.

We use cookies on our website to give you the most relevant experience by remembering your preferences and repeat visits. By clicking “Accept”, you consent to the use of ALL the cookies.
Cookie settingsACCEPT
Manage consent

Any cookies that may not be particularly necessary for the website to function and is used specifically to collect user personal data via analytics, ads, other embedded contents are termed as non-necessary cookies. It is mandatory to procure user consent prior to running these cookies on your website.